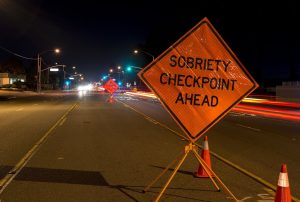 According to the New York Times, a new government survey found that there was a 59% drop in drinking and driving among 16- to 20-year olds from 2002 to 2014. There was a 38% decline for adults between 21 and 25 during that same time period.

The study was recently published in the Morbidity and Mortality Weekly Report from the Centers of Disease Control and Prevention. Researchers said the decline was likely because of the overall drop in drinking among young people, aggressive law enforcement steps, and preventative efforts at schools across the country.

The study used data from more than 380,000 respondents to the federal government’s annual National Survey on Drug Use and Health. Young people were asked about their alcohol and drug use over the last 12 months during in-person interviews.

Even though law enforcement officials considered this encouraging news, the data suggested there were still a lot of dangerous young drivers on the road last year. According to the Times, nearly one in five people between the ages of 21 and 25 admitted to drinking and driving. Far fewer drivers between the ages of 16 and 20 said the same; only about one in 15 acknowledged getting behind the wheel drunk.

If you or a loved one have been charged with DWI and need a local, Albany based lawyer, contact us immediately to schedule a free, no-obligation consultation with one of our experienced DWI / DUI / DWAI attorneys. We are available 24/7 and offer convenient meeting times at any of our four Capital Region law offices in Albany, Troy, Schenectady, and Saratoga Springs. If needed, we can meet with you at the police station or courthouse.