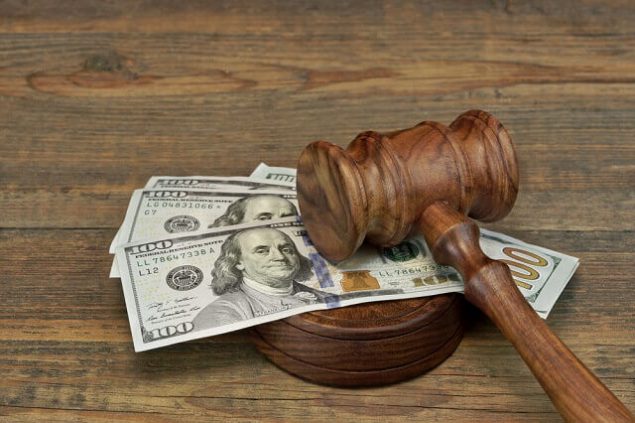 In order for embezzlement to happen, there has to be a financial relationship between the victim and the embezzler. This relationship is commonly known as a fiduciary relationship.

When two parties are in a fiduciary relationship, it means that one of them has an obligation or duty to act for the benefit of the other, at least when acting or advising on matters that fall under the scope of the fiduciary relationship. As a result, one party has influence and a level of superiority over the other, and there is a certain level of trust that is shared between them. One party trusts another to handle property, money, or other valuable assets in a reliable way.

A financial advisor who manages a client’s retirement or other savings may also be said to have a fiduciary relationship with those individuals, as might a corporate officer who makes business decisions on behalf of a company. This is why embezzlement cases typically require the services of white-collar criminal defense attorneys. Usually, these crimes involve white-collar criminals and large sums of money.

By imposing a high standard of care, the law seeks to minimize the risk of abuse of beneficiaries or principals by their fiduciaries. When an individual violates or breaches their fiduciary duties, his or her beneficiaries are entitled to damages even if the breach of duty caused them no harm.

The primary fiduciary duties of corporate officers and directors include duty of loyalty and duty of care. Duty of loyalty means that corporate directors and officers can’t use their position of fiduciary trust to further their own private interests or make money for themselves. They must instead protect the interests of the corporation, and refrain from doing anything that would harm the corporation’s interests.

Duty of care in the context of fiduciary duty means that corporate directors and officers have an obligation to avail themselves of all available knowledge before making a business decision that affects the interests of the corporation. He or she must protect the interests of the corporation and its stockholders by assessing this information critically.

Corporate directors and officers have further duties when acting on behalf of their corporations. These include:

In order for embezzlement to occur, a fiduciary relationship must exist between the parties involved. The perpetrator must actually acquire property illicitly as a result of this fiduciary relationship. He or she must then transfer its possession to him or herself or to the possession of a third party. It’s not sufficient for the perpetrator to have access to the property – he or she must actually have used that access to convert ownership of the property for his or her own personal benefit or the benefit of a third party.

In order for embezzlement to be said to have occurred, this transfer of assets from the beneficiary or principal to the fiduciary must be intentional. This requirement is necessary to show fraudulent intent. If the financial advisor were to transfer the client’s funds into his or her own name by mistake, or because he or she believed the client had authorized them to transfer funds – when in fact, no such authorization was given – this wouldn’t constitute a breach of fiduciary duty or embezzlement.

In fact, a common legal defense against embezzlement is to argue that the fiduciary reasonably believed that the allegedly stolen property had actually been given to him or her by the principal or beneficiary.

When a person takes advantage of a fiduciary relationship to commit embezzlement, the punishment can involve fines, jail time, and restitution. The breach of fiduciary duty means that the beneficiary is owed damages regardless of the level of harm he or she might have sustained.

Trust is an essential component of a fiduciary relationship. That’s why some jurisdictions apply aggravating factors to embezzlement charges that involve individuals who can be said to hold a position of public trust. This would include public servants or bank employees – or when the perpetrator has targeted vulnerable populations, like the elderly.

Embezzlement is a serious crime. To understand why, it’s important to know what fiduciary relationships are and why these relationships involve a high degree of trust. If you’ve been accused of breach of fiduciary duty, you need to contact our white collar criminal defense attorneys right away.

To request a free consultation with one of our experienced attorneys at E. Stewart Jones Hacker Murphy law firm, call us at (518) 663-6015, or fill out our online contact form to get started.