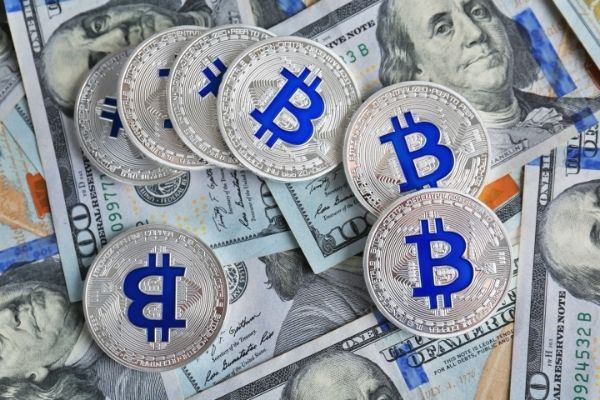 Standard currencies, such as the US dollar and the Euro, exist in paper, coin, and digital form. Their value is guaranteed by a central bank, such as the US Federal Reserve bank. Since the gold standard was abandoned in 1971, the US dollar has been backed solely by the credibility of the US government. Such is not the case with the new cryptocurrencies such as Bitcoin.

Cryptocurrencies are a private alternative to government-issued currency, and they can be exchanged for goods and services worldwide. They are backed by no central bank and have no central administrator, relying instead on peer-to-peer networks. Bitcoin is the first cryptocurrency, and so far it is by far the most popular. Bitcoin’s value has appreciated from virtually zero to as high as $20,000 per “coin” in 2018. Its use, however, is fraught with peril.

Bitcoin, which came into use in 2009, utilizes transactions that are verified by a network using cryptography, and these transactions are recorded in a publicly available ledger known as a blockchain. Its source code has been made public as open-source software. As of 2017, there were 3 to 6 million people using some form of cryptocurrency, with Bitcoin accounting for more than half of all transactions.

Bitcoin’s reputation has been damaged by allegations of frequent fraud, theft, and price volatility. A significant number of economists advise against its use, considering that it is particularly prone to speculative bubbles and pyramid schemes.

The Inherent Vulnerabilities of Bitcoin Transactions

The following is only a partial list of the risk of using Bitcoin instead of government-backed currency:

The scale of Bitcoin fraud is almost incomprehensible. In 2019, for example, cybercriminals defrauded cryptocurrency users and exchanges out of at least $4.26 billion (not limited to Bitcoin). Japanese cryptocurrency exchange BITPoint, for example, lost $4.26 million in July 2019 alone. The danger to individuals is just as acute, if not more so.

The number of possible types of Bitcoin fraud is limited only by human ingenuity. Some of the most common are listed below:

Litigation involving Bitcoin and other cryptocurrencies is widespread in both state and federal courts. The following is only a small sample:

How to Protect Yourself against Bitcoin Fraud

The following are some basic rules that can help prevent you from being scammed. Many of these principles will protect you against many different types of scams, not only Bitcoin scams:

The Challenges of Bitcoin Litigation

It can be challenging indeed to prove your case in a Bitcoin scam. In fact, in some cases, it can be difficult to even identify the perpetrator. A significant degree of technical expertise may be required to identify the defendant and build a case against him. This is not always true, of course – some Bitcoin fraud cases are more complex than others. Under no circumstances, however, is a novice qualified to litigate a Bitcoin fraud claim.

If you have been defrauded in a Bitcoin transaction, or if someone is making a fraud allegation against you, now is not the time to consider representing yourself or retaining a law firm that is inexperienced in Bitcoin litigation. Bitcoin fraud cases are notoriously complex, and you are going to need the services of professionals with experience in Bitcoin litigation.

Contact E. Stewart Jones Hacker Murphy, through our online contact page or by telephone, to schedule a free initial consultation. Your consultation can be done over the phone – there is no need to come to our office during the coronavirus quarantine period.

For future reference, our offices are located in Albany, Colonie, Schenectady, Saratoga, and Troy.