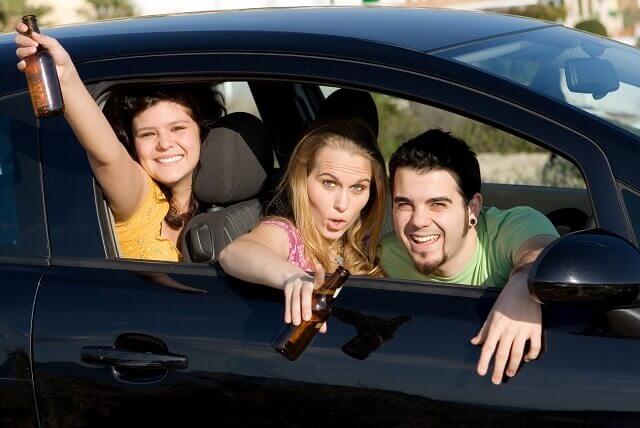 New York State has some of the stiffest laws in the U.S. related to underage drinking. Generally speaking, it is unlawful for anyone under 21 to possess an alcoholic beverage with the intention of consuming it. Anecdotes from the past about “borrowing” an ID aside, if a New Yorker tries to purchase alcohol with a fake ID, he or she is subject to:

When someone under 21 has anything to drink and then gets behind the wheel, the legal stakes get much higher. If the young person is stopped by an officer and a sobriety test reveals a Blood Alcohol Content (BAC) of 0.2 percent or higher – that’s just one-quarter of the level allowed for persons over 21 – the young driver will have his or her license suspended at arraignment. It will not be returned until the matter is fully resolved by the court, which ordinarily requires surrender of the license for one year or more, depending upon the circumstances. In addition to license suspension, expect the court to levy a significant fine.

When a young driver wonders about the cost of “just one drink,” recognize that if caught drinking and driving, the young driver’s violation will have a severe impact on the parents’ auto insurance rates. Depending upon the policy and the infraction, their rates could rise as much as 400 percent.

Why All the Worry About Underage Drinking and Driving?

According to statistics gathered by Mothers Against Drunk Driving, during 2014, 9,967 people died in drunk driving crashes in America. That’s one every 53 minutes. More than 290,000 persons were injured in the crashes. Consider the following:

A DWI or DUI Charge is a Serious Matter

While the nationwide incidence of underage drinking and driving has fallen in recent years – due to strong national campaigns and tougher laws – the risky behavior is still a major threat to teens and everyone else on the highway. The penalties for a DUI or DWI conviction can be severe. If you or your teen has been charged with a DUI or DWI offense, you owe it to yourself to retain the best legal team available. E. Stewart Jones Hacker Murphy has the judgment and experience to negotiate the best possible plea, but we also have the skill and tenacity required to take your case to trial, if necessary.

We are one of the most highly respected law firms in upstate New York and the capital district. We have been representing clients for more than a hundred years; our law practice has stood the test of time. Make the right call. Call us now at (518) 380-2597 or complete our online form. The E. Stewart Jones Hacker Murphy law firm has an attorney available to assist clients 24 hours a day, seven days a week, 365 days a year – even on holidays.