Serving all of Upstate New York Including Troy, Schenectady, and Saratoga 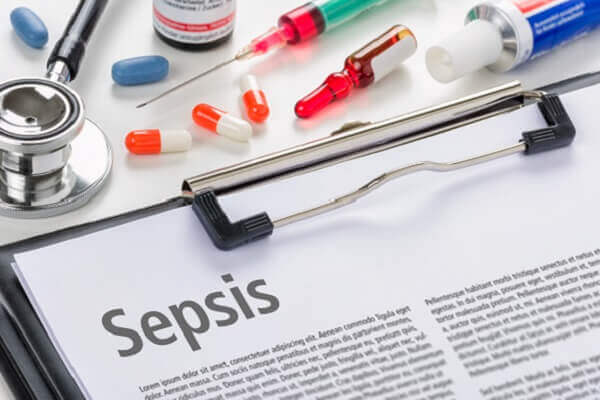 Skilled physicians often repeat what sounds like a contradiction in terms: “A hospital is no place for the sick.” With those words, they are generally referring to the fact that it is within hospitals and major medical centers – not our homes or workplaces – that the “superbugs,” like some powerful strains of sepsis, live and breed. Doctors and other experts caution that particularly when medical treatment requires invasive surgery, sepsis can be a significant risk.

Hospital-acquired sepsis can also be life-threatening. According to the Centers for Disease Control and Prevention (CDC), on any given day, one in 25 hospital patients has at least one healthcare-associated infection (HAI).

Hospital-Acquired Sepsis is Deadly and Expensive

According to an important study published in Archives of Internal Medicine, HAIs affect some 1.7 million hospitalizations each year. Of those HAIs, sepsis is the most deadly. In cases associated with invasive surgery, patients who contract sepsis must stay in the hospital longer, incurring almost $33,000 in extra costs. Worse, 20 percent of those who contract sepsis in the hospital or medical center actually die from the illness. According to the study, sepsis (and the pneumonia often associated with it) kills some 48,000 patients annually and cost 8.1 billion to treat.

Many Cases of Sepsis Are Unnecessary

One of the most unfortunate things about HAIs is that they can be prevented in many cases. In some cases, relatively healthy people check into the hospital for routine surgery. They develop sepsis because of a lapse in infection control – and they can die. Best-practice studies show that steps can be taken to control and prevent HAIs in a variety of settings. According to the CDC, when healthcare facilities care teams, individual doctors, and nurses are aware of infection problems and take specific steps to prevent them, rates of some targeted HAIs decrease.

Many physicians judge sepsis severity as a three-stage syndrome. Their goal is to treat it as early as possible so the recovery is optimal. The three stages are sepsis, severe sepsis, and septic shock.

Generally speaking, in order to be diagnosed with sepsis, the patient must exhibit at least two of the following symptoms, plus a probable or confirmed infection:

The diagnosis is upgraded if the patient also exhibits at least one of the following signs and symptoms, which indicate an organ may be failing:

Septic shock – the most serious and life-threatening of the sepsis conditions includes all the signs and symptoms of severe sepsis plus, in most cases, extremely low blood pressure that fails to respond to simple fluid replacement.

Incidence of Sepsis May be on the Rise

The incidence of sepsis appears to be increasing in the United States. Medical experts attribute the rise to a number of causes, including:

Many Cases of Sepsis Can Cause Serious Injury or Death

Severe sepsis reduces blood flow to vital organs, such as your brain, heart, and kidneys. The result is that such organ function is impaired. Sepsis can also cause blood clots to form in your organs and in your arms, legs, fingers, and toes – leading to varying degrees of organ failure and tissue death (gangrene). While most patients recover from mild sepsis, the mortality rate for septic shock is nearly 50 percent. Moreover, an episode of severe sepsis may place you at higher risk of future infections.

If you or a member of your family have suffered from a hospital-acquired infection, such as sepsis (or pneumonia), you may have a valid claim for damages. The attorneys at E. Stewart Jones Hacker Murphy have the experience to handle your medical claim. And while we are experts at negotiating an appropriate settlement, we also have the skill, resources, and tenacity to take your case to trial if necessary.

One of the most highly respected law firms in upstate New York and the Capital District, we have been representing clients for more than a hundred years. Our law practice has truly stood the test of time. Make the right call. Call us now at (518) 663-6015 or complete our online form. The E. Stewart Jones Hacker Murphy law firm has an attorney available to assist clients 24 hours a day, seven days a week, 365 days a year – even on holidays.