NYJC Fighting Against Abuse Of Disabled

If They Won’t Do It, We Will

Families place a tremendous amount of trust in the programs and facilities that care for loved ones with special needs. However, too often, this trust is misplaced. Indeed, studies show that children and adults who live with a disability or have other special needs are often the victims of abuse or neglect ‒ especially those whose welfare has been entrusted to a facility administered by the New York state government. Unfortunately, all too many disabled people have ended up feeling betrayed by the very facility that is ostensibly designed to help them. At E. Stewart Jones Hacker Murphy, part of our job is to fight for people who can’t fight for themselves. We can help you fight the system.

The New York State Justice Center for the Protection of People with Special Needs: Authority and Responsibilities 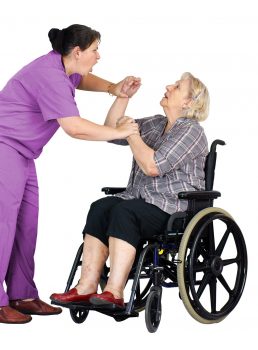 Over one million New Yorkers with special needs and disabilities are receiving care at state facilities at any given time. Thousands of cases of abuse or neglect are substantiated (proven credible) every year, yet only a minuscule fraction of these cases result in a prosecution or even in a blacklisting that would prevent an abusive staff member from continuing to work with disabled people.

Chief among the Center’s responsibilities is to investigate and pursue claims against staff members suspected of engaging in the neglect or abuse of individuals with special needs.

While the creation of the Justice Center was initially applauded by special-needs advocates across the country, the Justice Center’s execution of its mandates has, by most accounts, fallen far short of expectations. Over the past few years, reports indicated that the Center rarely holds abusers criminally liable for their actions and has even failed to put people known to be dangerous on the Staff Exclusion List. These failures led several state lawmakers to ask the United States Department of Justice to open an investigation into the Justice Center. As of yet, no investigation has been opened.

A Storm is Rising…Ever So Slowly

Following the release of the report on March 6, 2017, an article alleged that the Justice Center hardly ever holds abusers criminally accountable. In response, several members of the New York State Assembly promised to hold hearings examining the Justice Center’s activities.

Although the wheels of justice have turned slowly, the situation is now starting to draw national attention. In December 2018, Congresswoman Elise M. Stefanik and three other New York congressional representatives issued a letter asking the US Department of Justice to investigate the Justice Center.

The letter alleged that the Justice Center failed to bring criminal charges in well over 95 percent of substantiated cases of abuse and neglect and that it failed to investigate the deaths of nearly 1,400 disabled people in state care facilities. At present, however, no concrete action has been taken to remedy the situation. You don’t have to wait for the government to take action, however. You have options, and we can help you take advantage of them.

The dedicated New York personal injury lawyers at E. Stewart Jones Hacker Murphy stand up for the rights of individuals with special needs when the Justice Center refuses to do so. Our skilled attorneys have experience holding rehabilitation facilities, nursing homes, educational institutions, adult daycare facilities, and hospitals accountable for the neglect and abuse of people with special needs.

New York Law and the Rights of Disabled People

Criminal Versus Civil Liability in Abuse and Neglect Cases

When a staff member abuses or neglects an individual in their care, that staff member may face both civil and criminal liability. Criminal liability brings with it the potential for incarceration, probation, and administrative sanctions, such as being placed on the Staff Exclusion List. However, criminal prosecutions do nothing to provide an individual or their family with any meaningful compensation for what they endured. Additionally, criminal cases can only be initiated by a prosecuting authority, such as the district attorneys or the Justice Center Special Prosecutors.

In many ways, a civil personal injury case provides a greater potential benefit to the victims of abuse or neglect. Rather than focusing on punishing the defendant, the objective of a civil case is to provide the victim with fair compensation for the injuries caused by the defendant’s actions. Specifically, New York provides for the payment of economic and non-economic damages. Economic damages include expenses such as past and future medical bills, lost wages, and a decrease in earning capacity. Non-economic damages, while more difficult to assign a value, often make up the bulk of a personal injury award. Non-economic damages include pain and suffering, emotional distress, and loss of enjoyment of life. A civil case may also result in the defendant’s inability to work in a position where they provide care to those with special needs.

Notably, the burden of proof for criminal and civil cases is not equal. While criminal cases must be proven “beyond a reasonable doubt,” a civil claim is successful if proven “by a preponderance of the evidence.” The practical importance of this is that a family can bring a personal injury claim against an abuser even if the district attorney or Justice Center declines to pursue criminal charges or is unsuccessful in obtaining a conviction.

If you have a loved one with special needs who you believe has been the victim of abuse or neglect at the hands of those responsible for their care, take action immediately and contact the dedicated New York personal injury lawyers at E. Stewart Jones Hacker Murphy. Your first priority needs to be to have the abuse stopped immediately, and we help you do that. Once that goal is accomplished, it will be time to aggressively seek the financial compensation that your loved one deserves. At E. Stewart Jones Hacker Murphy, we have assembled a dedicated team of attorneys who are passionate about protecting and enforcing the rights of people with special needs.

From the moment you allow us to work with you on your case, we will do everything we can to remove as many of the burdens from your shoulders as possible, while diligently keeping you informed. With decades of experience handling complex cases against care facilities, hospitals, and schools, you can trust that we will do everything we can to hold the responsible parties accountable. To learn more, and to schedule a free consultation with an attorney at E. Stewart Jones Hacker Murphy, call us or connect with us through our online form. We also maintain offices in Troy, Saratoga, and Schenectady.